The new, or “redesigned,” SAT, which will debut in March 2016, is a radical departure from the current version of the exam. While the new test shares some features with the current one, its overall emphasis has changed. The result is an exam that, at least for many test takers, will be both easier and more readily “learnable” than the current version. Without question, the overall difficulty level of the exam has dropped.

Why is the exam getting easier? To answer that question, consider why the SAT is changing—and only ten years after the exam underwent a major overhaul back in 2005. A major reason is competitive pressure from the SAT’s rival test, the ACT, which has been gaining tremendous ground on the SAT in recent years. Since all colleges began accepting the SAT and ACT equally some years ago, the number of ACT takers has risen dramatically. In fact, in 2012 the number of students taking the ACT actually surpassed the number of students taking the SAT. Since then, the ACT has only continued its ascent while the SAT has declined in popularity. 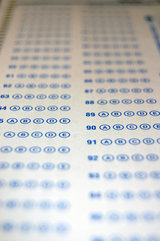 One reason why the ACT has been so successful is that many students find it an easier alternative to the SAT. The ACT is shorter than the SAT, clocking in at only 2 hours 55 minutes without the optional essay or 3 hours and 25 minutes with the essay, compared to 3 hours 45 minutes for the current SAT. The ACT is broken up into four distinct sections, whereas the current SAT contains no fewer than 10 sections, with multiple sections for each subject (math, critical reading, writing). The current SAT requires all students to write the essay, whereas the ACT has made the essay optional. The ACT only presents four possible choices for each question instead of the SAT’s five, and it does not dock points for incorrect answers like the SAT does. Questions on the ACT also tend to be less difficult, requiring much less in the way of critical reasoning than do SAT questions, some of which can be very difficult. Lastly, the ACT does not test vocabulary, unlike the vocabulary-dense SAT.

While some students still find that they perform better on the current SAT than the ACT, it’s no surprise that, given these differences, a majority of students have been opting for the ACT of late.

What does the SAT overhaul have to do with the ACT, you ask? Well, the new SAT replicates nearly all those features of the ACT that make it a more appealing, and in many ways easier, exam than the SAT. In seeking to halt its declining popularity and regain market share, the SAT has made a more user-friendly exam.

The questions on the new SAT are, like the questions on the ACT, simply easier. When it comes to math, the test makers have mostly abandoned the puzzle-like brainteasers that require creative critical thinking. The new questions are much more straightforward and focused on testing mastery of content rather than reasoning ability. The only downside is that you’ll now be required to know more math for the exam than you did previously. There are more topics on the test from Algebra II, for example, as well as some trigonometry. Once you learn that content, however, the math will be much easier to master, given the lack of puzzling brainteasers and hidden tricks.

The “writing and language” section of the new SAT, which replaces the writing section of the current test, is also much easier. Rather than having to compare multiple, lengthy grammatical constructions, you now only have to look at four short alternatives to one small portion of a sentence. While the same rules are being tested as before, the way in which they are tested has become much easier. This section now looks nearly identical to the ACT’s English section.

The new essay has now been made optional, which will no doubt encourage more people to take the SAT. That said, because a number of colleges either recommend or require the essay, if you are taking the SAT then I would strongly encourage you take the essay in order to broaden your college options.

For those taking the essay, the College Board has create a much more predictable assignment than the current essay or the ACT essay. The new essay asks you to analyze a given passage, rather than construct an argument on a random topic on the spot. You’re also given more time to write (50 minutes) than you are on the current version (25 minutes) or on the ACT (40 minutes). No doubt many students will find this easier than the current essay. The College Board even boasts on their website that the new essay will be much easier than essays requiring you to construct an argument on a random topic within a short time period—a clear jab at the ACT. 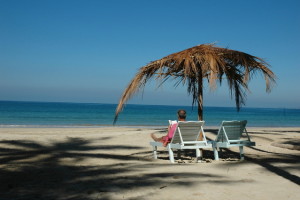 The structure of the exam as a whole has also become more user-friendly, once again following in the footsteps of the ACT. There are now only four sections, rather than the current 10. There is also much more time granted per question on the reading and math sections—an extra 13 seconds on each reading question and an extra 5 seconds on each math question. Writing questions now allow for less time, but this is only because the format has changed and the questions themselves require much less time. When you factor in the more limited number of answer choices per question on all sections (four instead of five), this also translates into more time per question, not to mention fewer distractions and traps.

What will all this mean for scoring? It’s unfortunately difficult to say just yet. The scoring tables that College Board has released so far don’t indicate any major changes in the curve, so an easier test won’t necessarily equate to a harder curve. That said, College Board is still working out scoring details and won’t be ready to provide official scores until after two administrations of the exam next spring. If everyone who takes the exam in the spring does very well, you might see a tougher curve than you do on the current scoring tables.

What Does This Mean For Me?

If you’re in the class of 2017, there’s still not enough quality prep material out there to warrant studying for the new exam just yet. Focus on the current SAT or the ACT for now, but given these changes, consider the possibility of studying for and taking the new SAT once more material has been released and College Board has worked out all the kinks of the new exam, probably sometime late next spring or early summer.

If you’re in the class of 2018 or above, these changes should make the SAT an easier, friendlier, and more learnable test than the existing one!