Only ten years after the SAT underwent a major overhaul, the test is once again in the process of being remade. Starting next spring, you’ll no longer have the option of taking the current SAT. Instead, you’ll face an SAT that looks much more like the ACT, the rival college entrance exam that has been taking market share away from the SAT in recent years.

If you’re in the class of 2017 you will have three testing options: take the current SAT while it’s still being offered, take the new SAT beginning in the spring of 2016, or skip the SAT entirely and take the ACT instead. 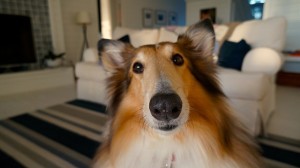 The main problem is that there is simply not enough practice material out there to provide us with a good sense of the test. The College Board has released four practice tests and says that they plan to release four more this year, although how many they’ll ultimately release remains to be seen. At the same time, the College Board is in an ongoing process of reevaluating and reshaping the new exam. Just how accurate a reflection of the redesigned exam these practice tests will be is unclear.

Even if we assume that the new practice materials will be a perfect reflection of the new exam, there is no way to adequately gauge where anyone is scoring on them. Scoring tables are currently being worked out, and tentative tables will not be available until later this summer. How well these tables will reflect official scoring practices is unclear, however. When the first students sit for the new test next March, they won’t be able to receive any scores until results from the March and May test dates have been analyzed.

Even if you were able to receive accurate scoring feedback from practice tests, it’s not yet clear what any particular score would mean. The College Board plans on releasing a concordance table that will compare new SAT scores to old ones, but this won’t happen until after the test has been officially administered more than once. Imagine how frustrating it would be to spend months preparing for a test without ever knowing how well you’re really doing!

Instead of preparing for the new SAT, should plan on taking either the ACT or the current version of the SAT while it’s still available. Fortunately, there are vast amounts of quality prep materials available for both of these exams. For the current version of the SAT, for example, there are over 20 official practice tests publicly available. Thanks to these accurate materials, we have a thorough and powerful understanding of these exams.

Should you decide that you want to also try the new SAT in 2016, the prep you will have done for the current SAT or ACT will help you on the new test. The new SAT draws heavily on both the ACT and the current SAT, so much of your prep work will be directly applicable. But for now, at least until the exam has been administered a few times, steer clear!