The new (or “redesigned”) SAT essay, debuting in March of 2016 as an optional section on the new SAT, looks radically different than the earlier version of the essay. Instead of coming up with your own argument, you’ll now be required to analyze someone else’s argument. This argument takes the form of a 650-750 word article, and you’ll be given a total of 50 minutes, instead of 25, to read and respond to it.

In short, the SAT asks you to describe how the article in question persuades the reader of its point. In particular, you’re asked to consider its use of evidence, reasoning and/or stylistic and persuasive elements.

Scoring has also changed. Instead of receiving a cumulative score of 2-12, you’ll now receive three cumulative scores of 2-8 in three separate categories (with 2 being the lowest score and 8 the highest). Two separate graders will read your work and each will rank it on a scale of 1-4 for each category. When they’re finished, their scores will be combined into your three cumulative scores. The three categories are writing (how well write, i.e. your grammar and style), reading (how well you understood the article) and analysis (how well you assessed the writer’s persuasive techniques). It’s possible to do very strongly in one category but very poorly in another, and there is no overall single score for the essay as a whole.

Even though each essay will feature a different passage, the essay question itself—show how the author persuades the reader of her argument—will never change. For this reason it’s completely possible to prepare for the essay in advance.

Should You Take The New (Redesigned) Essay?

Unlike the old SAT essay, the new version is optional. Some colleges will require the essay, some will recommend it, and others will neither require nor recommend it. In the Ivy League, for instance, the essay is currently required by Harvard, Yale, Princeton and Dartmouth, whereas Columbia, Penn, Brown and Cornell are not requiring it. You can find an official list of each college’s policy here.

Because a number of colleges do require or recommend you submit essay scores, I recommend anyone sitting for the SAT also sit for the essay. Even if you’re not currently planning on applying to a college that asks for the essay, you might later decide to apply to a school that does. College lists change frequently and you never know where you might want ultimately apply. The last thing you want is to have to retake the entire exam, or, worse yet, not be able to apply to a particular college, just because you took the exam without the essay.

How To Write A High Scoring Essay

Before you begin writing your essay, you’ll want to make sure you read the passage carefully. It’s important to read actively, always keeping in mind the author’s main point and how the various parts of her argument relate to that point.

Before you start reading, look at the question that follows the passage. This question tells you the main point of the passage, so you don’t have to figure it out on your own. For example, one official question reads “write an essay in which you explain how Paul Bogard builds an argument to persuade his audience that natural darkness should be preserved.” This means that the main point or argument of the passage is that natural darkness should be preserved.

After you’ve ascertained the main point from the question, keep it in mind as you read the passage. Ask yourself how the author uses evidence, reasoning and/or stylistic and persuasive elements to convince the reader of this main point, as well as how the various parts of her argument relate to the main point. Everything should lead back to the main point in some way.

As you read, annotate or note whenever you come across a device the author uses to persuade you of her argument. If you don’t understand something, go back and reread it. You have ample time to make sure you understand the passage, and it’s important you do so in order to get the highest “reading” category score possible. Confusing moments are often easier to make sense of after you’ve read the entire passage and understand the full context.

Once you’ve read the passage and identified key persuasive devices, it’s time to make a brief outline for your essay. A powerful way to structure your essay is to have an opening paragraph that states the thesis, followed by two or three paragraphs, each devoted to arguing one part of the thesis, followed by a conclusion that restates the thesis (although in slightly different language than in the opening paragraph).

After you’ve completed this brief outline, you’re ready to write. Keep an eye on the clock and make sure to leave a couple minutes at the end so that you can review what you’ve written. This will give you a chance to correct any grammatical, spelling or stylistic mistakes before you hand in the essay.

Key Pointers and Mistakes To Avoid

Similarly, make sure that your thesis explains what persuasive devices the author uses rather than whether her argument is right or wrong. Even if you personally agree or disagree with the argument, it’s important to stay neutral. Think of yourself as an impartial outside observer, confined to commenting on how the author constructs her argument, not on the merits of the argument itself.

When you write about your examples of persuasive elements, always make sure to tie those examples back to your central argument about persuasion. It’s easy to get so caught up in the details that you forget to state what those details are actually doing—attempting to persuade the reader of something—but it’s important to make this connection clear.

While the SAT asks you to consider the author’s use of “evidence, reasoning, and stylistic and persuasive devices,” you’re not required to discuss all three. In fact, it’s better to go into more detail on just two than to try to address all three and use less detail in the process.

As you discuss specific persuasive elements, try to elaborate on how and why they work to persuade the reader of the main point. It’s not enough to simply mention a detail from the essay in one sentence. Try instead to really flesh out why a specific detail works persuasively—devote a number of sentences to explaining the different ways it functions. The highest scoring essays always go into great detail about a few select moments in the passage, rather than trying to briefly mention every persuasive moment in passing.

When discussing examples, avoid making broad claims that you can’t back up, such as “by discussing tragedy, the author moves the reader.” Instead, get into specifics: “when the author discusses tragedy, she chooses specific examples aimed at resonating with her audience. Since her audience is American, for example, she discusses the American tragedy of September 11th.”

You should also mention how key details and ideas interrelate to one another and the author’s main argument. Showing how everything “fits together” in the passage is critical for earning the highest score possible according to the SAT’s scoring rubric.

In citing specific examples, avoid lengthy direct quotations from the text. You should mainly reserve direct quotes for when you want to draw attention to the specific language or structure of the writing the author is using. Otherwise, it’s usually best to paraphrase what the author is saying. This is not only good writing practice, but it also demonstrates to the grader that you have understood the passage, which is critical to earning a high “reading” category score.

In order to earn a high “reading” score, it’s also important that you write a substantial amount. Essays earning the highest reading scores are usually among the longest, and this is because the more you write about the text, the clearer it is that you understand the text as a whole. Plan on using the full 50 minutes to write as much as possible when you’re not reading the passage or planning and reviewing your essay.

Because your essay will receive a “writing” score, it’s important to use good grammar and style. Since you should already be studying grammar for the Writing and Language section of the redesigned SAT, try to apply the same rules you’re learning to your own writing on the essay. 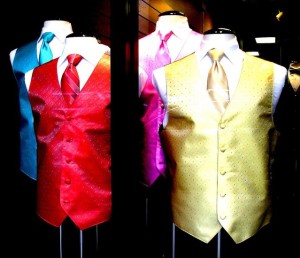 To pick up as many “writing” points as possible, make sure that your writing flows smoothly from one idea to the next. Use strong and clear transitions at the start of each new paragraph. You might begin a new paragraph, for example, by saying “Similar to her use of historical evidence, the author employs statistical evidence to argue that the economy is strong.” You should also connect separate clauses with words and phrases that show the specific nature of their relationship, such as “thus,” “therefore,” “nevertheless,” “for example” and “in contrast.”

It’s also important to vary the structure of your sentences. Instead of writing “John is hungry. John is tired. John is not having a good day,” write “John is feeling hungry and tired. As you might guess, he is not having a good day.” Avoid starting consecutive sentences and paragraphs with the same word. One trick to help mix up sentence structure is to throw in an occasional rhetorical question, such as “How would the early Monicaros have felt if they too lacked freedom?”

Whenever possible, forgo passive sentences for active ones. Instead of writing “The apple was eaten by the boy,” for instance, write “The boy ate the apple.” What you’re essentially doing is replacing any “to be” verb forms (“was”) with a verb that represents the action actually taking place in the sentence (eating, or “ate”).

The SAT also expects you to write formally. This means avoiding contractions like “it’s” or “that’s” in favor of “it is” or “that is,” as well as avoiding the first person (I, we, me, etc.). You should also avoid clichés or any expressions that sound too colloquial. Try to emulate the type of formal writing you find in many academic essays and school textbooks. This also means aiming to use advanced vocabulary when appropriate. Just make sure you’re using any advanced word correctly—when in doubt, leave it out.

Now that you’re armed with the knowledge of what to do on the essay, it’s essential to practice. You’ll ideally want to write a couple of practice essays before you sit for the real thing.

It’s best to practice with official College Board essay prompts, since prompts written by test prep companies might not always represent what you’ll see on test day as accurately. Fortunately, College Board has already released a number of prompts. You can find two prompts, including scored sample responses with College Board commentary, here. There are also another four included with the four released practice tests here, as well as an additional two in the new Official SAT Study Guide.

If you’ve exhausted these eight practice prompts, you can also practice with old AP English Language and Composition free response questions, available here. The second question in each free response asks you to compete essentially the same task as the SAT essay question.

Make sure to adhere to the 50 minute time limit when practicing!

The new (or “redesigned”) SAT features a very different type of essay question than the prior SAT did. Although this essay is optional, it’s a good idea to take it so as not to close the door on any colleges you might be eventually wish to apply to. You can make sure you’re prepared on test day by combining the advice in this article with writing multiple, timed practice essays. Because the assignment and scoring criteria never change, preparing should leave you with no surprises and a high set of scores.