Dr. Robert D. Kohen > College Visits > General ACT Information > When Should I Start Studying For The SAT or ACT?

A question parents often ask me is when their child should start studying for the SAT or ACT. Although different students have different schedules and needs, for the vast majority of students I recommend beginning prep the summer before junior year. Why so early?

For one, the last date college applicants can take the SAT or ACT will approach quickly in senior year. In fact, for early decision applications—which can significantly increase a student’s chances of admission—the final SAT a student can take is typically in October or November, while the final ACT can be as early as September. Starting prep the summer before junior year, then, ensures at least a full year before the final valid testing date.

Why would a student want to start prep a full year before the last possible testing date? For most students, adequately preparing for the SAT or ACT takes a number of months. The average student needs to spend a few hours each week for around four to six months to see a significant improvement in their score. While the process can be much quicker for some students, it can also take longer for others. This is especially true for students juggling a hectic academic and extracurricular schedule.

In general, the more a student works on the SAT or ACT, the more their score increases. Starting test prep too late can unnecessarily shortchange a student out of the time they need to reach their target score. Ensuring that there will be enough time to prepare, then, is essential.

But preparation is only one part of the equation: it is generally to a student’s advantage to sit for the test more than once. Students tend to score within a range, performing somewhat better on some tests than on others. Take Tom, a hypothetical student. Tom’s great at SAT math, and on his best day, he’ll score an 800. On his worst day—maybe he makes an extra mistake or two, feels uncomfortable at the testing center, or sees a few problem types he finds especially challenging—he’ll score a 700.

Tom takes the SAT three times. On the math section, one day he scores a 700, one day an 800, and one day a 760. When colleges look at his SAT scores, the vast majority will “superscore” his results – take the single highest section scores from across test dates and combine them into one “superscore.” Other colleges will simply pick the highest cumulative SAT score, as is more commonly done for ACT scores. Either way, Tom is using the natural variation in scoring to his advantage. Since the vast majority of colleges only care about his highest score, he’s going to end up with a higher score in his application folder than if he had taken the test only once.

By starting prep early enough, you can ensure that your child can take the test enough times to take advantage of this natural variation. It’s also not uncommon for students to perform poorly on the first official sitting because of anxiety, but to drastically improve on the second sitting once they’ve already been through an official administration. This is another reason why you want to ensure that there’s enough time to take the test more than once.

Because test dates are a month or more apart, starting prep the summer before junior year ensures both adequate time to prepare and an adequate number of convenient testing dates should the student decide to take the test more than once.

Remember, each test is only offered on certain dates. The SAT is usually offered seven times a year, whereas the ACT is usually offered only six. If you live outside of the United States, the number of available test dates might even be fewer, particularly for the ACT. Summer dates are not available for either test, except for one administration of each in early June. 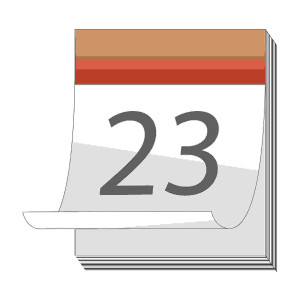 Take Advantage of the Summer

Another great reason to start prep the summer before junior year is because summer is typically when your child will have the most time to study. Once the school year starts, students quickly become inundated with homework and extracurriculars. The last thing you want is for a student who has fallen behind to try to cram all their prep into the final few weeks before the test—this is rarely productive and can cause serious burnout.

If a student is usually overwhelmed during the school year, try doing as much SAT or ACT prep as possible (without causing burnout, of course) over the summer. Prepping intensively for either exam in a short time period can be just as effective as spreading prep out over a longer period of time. Students can make tremendous progress within two months time if they dedicate a sizable number of hours to either exam.

Another benefit to front-loading exam prep during the summer is that junior year is the time when students usually begin to look at colleges and start to think about the application process. This can be an incredibly time consuming process. Making a college list, touring colleges, and eventually working on the application itself can eat up untold hours. By getting the SAT or ACT out of the way as early as possible, more time is left for this very time-intensive process.

Finishing the SAT or ACT early doesn’t only buy more time for the college search and application process, but it also helps make sense of it. Knowing a student’s final SAT or ACT score earlier on will help your family to make better-informed decisions about what colleges and scholarships are realistic options. Generally speaking, in order to submit a competitive application to a college a student should aim for the median SAT or ACT score at that school or above. Similarly, many merit scholarships have target SAT and ACT score cutoffs. Knowing where a student is scoring or is likely to score, then, can help elucidate the entire process. At the same time, however, exploring about potential colleges and scholarships while studying for either exam can also help motivate many students to raise their performance. For this reason, it’s always good to leave the door open to further study if a higher score would be helpful and if the student is so motivated.

How Early Is Too Early?

OK, you might be saying, if it’s so great to start early, why not start even earlier than you’re suggesting?

You could start earlier, but for most students it’s not the most effective game plan. The majority of students simply don’t have enough coursework under their belt to perform their best on either test until after sophomore year.

What type of coursework is needed for the exams? In terms of math, both exams test material from Algebra I, Geometry and Algebra II. Trigonometry is also present on the ACT and the Redesigned SAT. While some students might learn some of this material for the first time junior year, depending on what math track they’re in, others will have learned everything they need by the end of sophomore year. Algebra I and Geometry are more heavily tested on the SAT and ACT than are Algebra II and Trigonometry, so in general it’s best to start studying for either exam only after Algebra I and Geometry have been completed. Because material from Algebra II and Trigonometry is only tested in a limited capacity, this material can be learned outside of school with a modest amount of work.

If a student has not yet completed Algebra I and Geometry, it’s still possible to start prep but this will involve substantially more material that needs to be learned. For most students, waiting until at least this much material has been learned in school makes more sense.

The other major subjects the exams test are reading comprehension, writing, grammar, and, for the SAT, vocabulary. Because most students are improving their abilities in each of these areas with every passing school year, students can often perform their best on the exams by junior and senior year. For this reason, students can often get more out of both test prep and their test scores as upperclassman.

For some students, however, starting test prep freshman or sophomore year might make sense. If your child has already studied for the exam in preparation for a talent search program like the Duke Talent Identification Program or the Johns Hopkins Center For Talented Youth, he or she might be in a good position to continue work on the exam. (Note that official test scores from before 9th grade are often wiped clean from a student’s testing record, so the student might still need to sit for the test again in high school even if he or she already received a great score). Very advanced students who are on an accelerated math track, score highly on standardized tests and/or are rapid learners may be able to achieve their desired score as early as freshman or junior year.

If your child fits the above description, starting prep freshman or sophomore year can have great benefits. Coursework is often more intensive during junior and senior year, and the college admissions process typically begins in earnest sometime junior year. Getting the SAT or ACT out of the way before then can lighten the workload when junior and senior year do roll around.

If you’re unsure if starting prep before junior year is right for your child, you can always let your child take a timed, official practice SAT or ACT. This will let you see where they’re scoring and how comfortable they feel with the test at that point in time.

No matter when your child starts to officially study for the SAT or ACT, it’s important that they begin to practice reading before then. Reading comprehension is a critical skill that is developed over many years and that is often difficult to improve in a short period of time. You can help by encouraging your child to read a variety of challenging texts, including novels, serious nonfiction and scientific articles. It’s important to ensure that they’re comfortable with all these different types of writing, as each appears on the SAT and ACT.

As your child reads, encourage them to expand their vocabulary by looking up words they don’t know. It’s also important that students learn to read actively rather than passively. The sooner they begin actively reading a variety of challenging texts, the better prepared they’ll be for both the SAT and ACT.

Starting SAT or ACT prep early is critical. Doing so ensures your child will have sufficient time to study and enough opportunities to sit for the official exam. For the majority of students, starting prep the summer before junior year makes the most sense. If your child is an academic superstar with enough of the relevant coursework under their belt before then, however, you might consider starting their prep freshman or sophomore year.

For a free practice SAT and ACT, and/or for answers to any other questions, you can reach me at robertkohen@koheneducationalservices.dream.press or 212-658-0834.