You may have heard it before: take the SAT in December because the curve is easier. Students are taking it for the first time and will be less prepared. Avoid the October test, because rising seniors will be taking it and therefore the curve will be very difficult. While these claims hold the promise of an easy way to improve your score, the truth is that they’re simply not true. 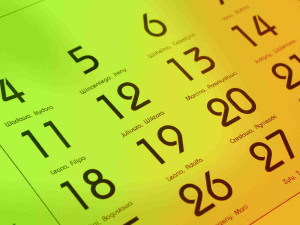 The scoring table for each SAT does vary somewhat. 52 raw points in math might translate to a 720 on one test and a 700 on another, for example. This variability, however, is due to question difficulty rather than student performance. Question difficulty is determined independently of student performance. How is this done? First, before the test is even administered, the College Board creates a preliminary scoring table based on what they believe to be the difficulty of the test. Then, after the test is administered, they adjust the difficulty scale slightly based on student performance coupled with a complicated mathematical process called “equating.” In equating, the test makers test the students taking the exam on some of the same exact material they have tested past students on. They do this in the experimental section, which does not count toward the official test score. This to determine if the current group of test takers is performing better, worse, or at the same level as the average historical test taker. Why do they do this? To make sure that they’re not basing the scoring table on variations in student ability. So if students miss more questions than usual, but they discover via equating that the students are weaker than average performers, the test makers will not make the curve significantly easier. This is because they can tell that students are missing questions because of student ability rather than question difficulty. You can read the College Board’s lengthy technical description of this process here:

Historical SAT data bears this truth out. Erik the Red, a New Jersey based tutor, has compiled historical scoring tables for all tests administered in recent years. If certain test dates had more favorable curves than others, we would expect to see this borne out with some regularity. Instead, however, the distribution of scoring tables is highly random and not tied to any particular test dates. You can see Erik’s compilation here:

Why doesn’t the College Board grade the test on a conventional curve that adapts to student ability? Because if they did, test results would be inconsistent and thus less reliable to colleges. If an October 650 was equivalent to a June 700, colleges would have much less use for the SAT. They depend on it to assess student ability in a consistent and objective manner.

So when should you take the SAT? Whenever you’re thoroughly prepared to do well. Pick an administration that will allow you ample time to prepare, whatever the test date.

For a free practice SAT and ACT, and/or for answers to any other questions, you can reach me at robertkohen@koheneducationalservices.dream.press or 212-658-0834.