The SAT essay is unique exercise. It requires you to develop a coherent and well-written argument on a random topic within just 25 minutes. In order to do well on the essay, it’s important that you not only write well but that you know what the test makers are looking for. Thanks to the numerous graded essays the College Board has released, it’s possible to learn exactly that. I’ve put together some of the most important guidelines to help you write a winning essay. With these tips and a little practice, you’ll be on your way to a stellar score.

1) The ideal structure to use is an introductory paragraph that clearly and succinctly states your central argument and how your examples will support it, followed by two paragraphs, each devoted to one example that supports the argument, followed by a concluding paragraph that restates your thesis and how your examples successfully supported it. While high scoring essays have been written using all sorts of different structures, the highest scoring essays most consistently use only two examples to prove their point. When I reviewed a random sample of 13 released SATs, I found that the highest scoring essays used this model 70% of the time. Two examples are enough to support a nuanced argument, but not so much that you’re unable to treat each example in enough detail. The SAT loves for you to incorporate as much detail as possible into your examples, and three examples rarely leaves enough room for this level of detail. To this end, also keep your introductory and closing paragraphs short. Your focus should be on supporting your argument through well-chosen and detailed examples.

2) Make your examples very detailed by including dates and proper names, but always make sure the examples are used to support your argument. It’s OK to fudge some of the details – the test makers are not allowed to grade you on the truth of your claims. It’s probably not a good idea, however, to declare that Pearl Harbor occurred in the 1700s. 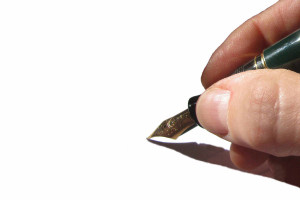 3) Make sure each example reflects a slightly different reason for which you have chosen your argument – don’t simply repeat the exact same point twice through two separate examples.

4) Try to fill as much of the two pages as possible. An MIT faculty member has shown that there is an unusually strong correlation between essay length and score.

5) Leave 3-5 minutes at the beginning to plan your essay and at the end to review it.

6) Use SAT level vocabulary. This shouldn’t be difficult because you should be learning vocabulary for the Critical Reading section. When you regularly include this vocabulary in your practice essays, it will also help cement these words in your memory. Make sure you are using the words correctly, however!

7) Use a varied sentence structure. Don’t start every sentence with the same word, and make sure to vary grammatical structures between sentences. One trick to help is to throw in an occasional rhetorical question. “How would the early Monicaros have felt if they too lacked freedom?”

8) Make sure each new paragraph begins with a strong and clear transition.

9) Use active sentences rather than passive sentences. “I ate the cereal” is better than “the cereal was eaten.”

10) Avoid using “I.” While you’re technically allowed to use “I”, school teachers who repeatedly teach their students to avoid “I” in academic writing will be grading your essay, so it’s best to avoid it.

11) Similarly, avoid overtly political or religious arguments. Although these technically shouldn’t influence your reader’s evaluation, remember that your reader is a human with religious and political views.

12) The safest examples to use are academic ones — those drawn from history, literature, art, etc., rather than personal anecdotes. The test makers say that personal examples are every bit as good as academic ones, but remember that you’re still trying to impress someone who teaches a subject like history or literature for a living. The majority of high scoring essays use academic examples.

13) Consider refuting a possible counterargument if the opportunity presents itself. This helps strengthen your argument and is a sophisticated technique.

15) If possible, consider including the provided quote in your final paragraph. This is a good way to recap your argument without sounding too repetitive. (“Benjamin Franklin’s belief that ‘life must be lived with abandon’ is a timeless truth.”)