If you’re an international student, you may have heard of the SAT, the entrance exam required by the vast majority of American colleges. If you’re thinking of attending college in the United States, however, you’re also eligible to submit the ACT exam instead.

Logistically speaking, registering for the SAT might be a bit easier than the ACT. The SAT boasts over 1,000 international testing centers, whereas the ACT has only around 400. If you live a minimum of 75 miles away from a testing center, however, you can usually work with the SAT or ACT directly to schedule a more convenient test administration.

Before registering for either exam, first make sure that you figure out which test is best for you. You can learn about the general differences and how to decide between the two tests here.

While you won’t know which test you prefer until you’ve taken an official, timed practice test for each, many international students prefer the ACT. This is especially true for students whose first language is not English. The reason for this is twofold. 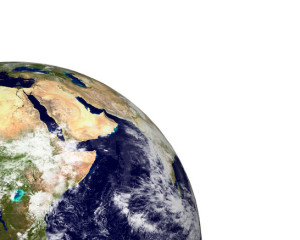 First, the ACT does not test your grasp of the English language as rigorously as does the SAT. Most notably, the SAT tests vocabulary whereas the ACT does not. SAT vocabulary can be very advanced and shows up all throughout the exam, from passages to questions to answer choices.

Not only does the ACT not test vocabulary (although it has a few questions about word choice), but the overall difficulty level of English on the exam is lower than that on the SAT. Passages are often easier to understand, and the questions that ask about them tend to be more straightforward. For the SAT, on the other hand, you’ll need to have a more nuanced understanding of subtleties in the passages, which requires a more advanced grasp of the English language.

The second reason international students tend to prefer the ACT is that the exam is weighted more toward the quantitative than the verbal. International students tend to score better (and to improve more quickly) on quantitative testing than do American students, as the quality of math education overseas is often superior to that found in the United States. The ACT has two quantitative sections (Math and Science) and two verbal sections (English and Reading), whereas the SAT has only one quantitative section (Math) and two verbal sections (Reading and Writing). This also means that your command of English will be tested less on the ACT.

While you should take these considerations into account when choosing between the SAT and ACT, always make sure to take an official practice test for each to see which test is best for you.