While you won’t be able to predict what passages will appear on ACT Reading come test day, you can know the wrong answer traps that will be waiting for you. The ACT has devised some pretty tricky wrong answer choices. Even the best of critical readers miss ACT reading questions because they are taken off guard by these traps. Fortunately, however, these traps recur over and over. By learning to recognize them now, you can strengthen your performance on test day.

Here are three of the most common wrong answer choices:

1. “X and Y.” This is a classic trap. These test makers provide two separate answers to the question in one answer choice. One of these—usually the first, X—is correct. At this point, many students select this answer choice. The problem, however, is that Y is incorrect. Here’s what one of these looks like:

The volcano erupted because:

A) Pressure built up under the surface (X) and the air was rich with carbon (Y).

Many students choose A because the first part (“pressure built up under the surface”) is correct. A is wrong, however, because the second part (“the air was rich with carbon”) is incorrect.

What does Sweden fail to recycle?

3. A sleeper phrase in an otherwise correct answer. In this trap, the answer choice will be clearly correct—except for one minor word or phrase, the “sleeper phrase,” that invalidates it. These are some of the trickiest wrong answer choices. Here’s an example:

What does the author want the planes to do?

A)   Fly quickly to Greenland together.

In this instance, the author does want the planes to fly quickly to Greenland—he just never says that they should do so together. “Together” is the sleeper phrase. Here’s another example:

The following is true of a company that takes part in the Recycle-360 Initiative:

In this instance, the company does reuse waste. The problem is that it reuses the waste of others, rather than its own waste. “Its” is the sleeper phrase.

See how subtle sleeper phrases can be? To get these questions right, you’ll want to make sure to read each answer choice very carefully. If you’re stuck between two choices that both seem correct, look closely at each word (you can even underline them) in the choices. One of them is probably a sleeper phrase. 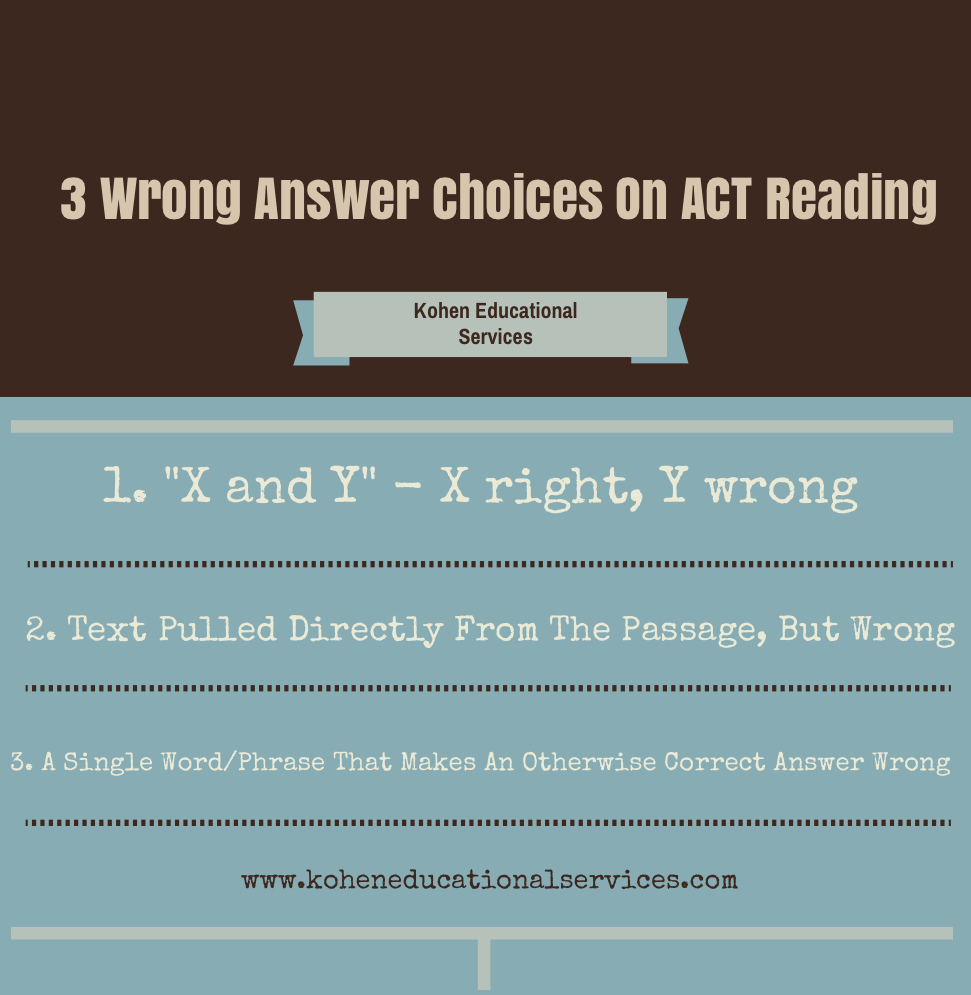