One of the most common questions types on SAT Writing and ACT English is the subject-verb agreement question. These questions ask you to make sure that the subject and verb agree. The rule is that a singular subject takes a singular verb, and a plural verb takes a plural subject. For example:

Easy enough, right? That’s why the SAT and ACT have devised three ways to trick you on these questions. Here they are: 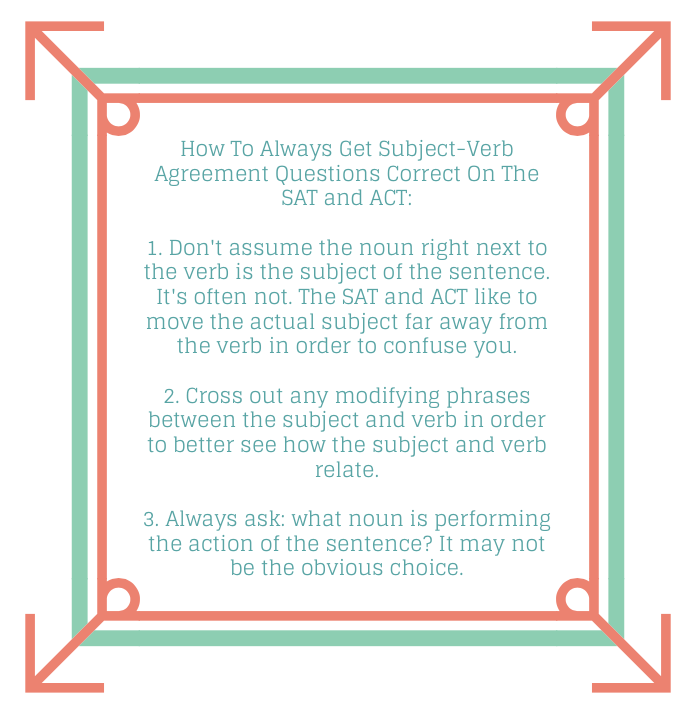 Whenever you see a question testing subject-verb agreement, be on the lookout for these three traps. If there is a prepositional phrase or non-essential clause standing between the subject and verb, you can simply cross it out with your pencil in order to more clearly see how the subject and verb relate. Additionally, always ask yourself what noun is performing the action of the sentence. Never assume that the noun closest to the verb is the subject of the sentence!