If you or your child is preparing for the ISEE exam, odds are you’re probably a bit confused by the scoring. Out of all the standardized tests, ISEE probably has the most complicated and obtuse scoring system. It’s difficult to both accurately assess where you’re scoring on any given practice test and make sense of what that score might mean. In this article I’ll clarify how the scoring system works and what you can do to best estimate your ISEE scores on practice tests.

First, it’s important to understand that the ISEE doesn’t provide a single, cumulative score like most tests. Instead, four scores are provided, one for each section of the exam: Verbal, Quantitative Reasoning, Reading Comprehension and Mathematics Achievement. Although these scores are distinct, most schools will consider each score on its own and the average of the four scores. A low score on one section, then, can partially be made up for by a high score on another. 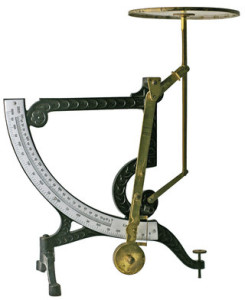 Like most standardized tests, the ISEE considers the number of questions you answered correctly to be your raw score, and then converts that raw score into the official scaled score. Because there is no guessing penalty on the ISEE, the number of questions answered correctly will always equal the raw score. The same raw score may yield slightly different scaled scores, however, depending on the difficulty of that particular test. If the ISEE determines that a particular test they wrote is more difficult than usual, the curve will be slightly easier, and vice-versa.

Scaled scores for each section range, rather oddly, from 760-940. Accompanying these scores are percentile ranks—this tells you how the student performed relative to other students in her grade taking the ISEE within the past three years. An “80th Percentile” score means that the student did as well as or better than 80% of her peers. These percentiles largely stay the same over time, although they vary slightly.

Here’s where things start to get weird. The scaled scores and the percentile ranks do not really matter for admissions. Each percentile rank is converted into what the ISEE calls “stanines,” or scores ranging from 1-9, with 1 being the lowest and 9 the highest. The middle 50% of students will score 5 on any section—above 5 is above average, below 5 is below average. These stanine scores are what matter to admissions committees, and these are the scores you should be focusing on.

Whereas raw to scaled score conversions and percentiles can vary slightly depending on when the ISEE is taken, percentile to stanine conversions always stay the same. Here’s the official breakdown:

If you score in the 98th Percentile, for instance, you’d receive a 9 stanine score.

What is considered a “good” ISEE score depends on the schools to which you’re applying. For many good private schools, a score of 5 or above is sufficient for entry. Some of the most competitive private schools, however, generally like to see scores of 7 or above. This is generally true of elite private schools in New York City, such as Dalton, Collegiate, Trinity and Horace Mann. A few of the most selective schools look for scores of 8 and 9, although 7’s won’t necessarily put a student out of the running.

Keep in mind that the group of ISEE test takers against which you’re being compared is not a random sampling of students at your grade level, but a self-selecting and generally academically strong group of individuals. For this reason, ISEE percentiles tend to be lower than percentiles on other types of national testing. An “average” score of 5, then, does not indicate an “average quality” student.

The best way to find out a realistic score to target is to contact the schools to which you’re applying and ask for the typical scores of admitted students. Some schools publish this information on their websites. Just remember to focus on the stanines.

How Can You Determine Your ISEE Score?

If you’re preparing for the ISEE, you’ll want to make sure that you take a number of timed, practice tests. Unfortunately, however, ISEE practice tests—both official and unofficial—generally lack concrete scoring information. Usually only an extremely broad range of scores is provided, so it’s impossible to have a good sense of what stanine you’re scoring in.

In order to get a better sense of your scores, a simple rule of thumb is to calculate the percentage of questions you answered correctly on any given section. To do this, take the number of questions answered correctly, divide it by the total number of questions, and then multiply that result by 100. Once you have the percentage, use the number in the tens place to determine your stanine: 90% correct or greater is a 9, 80%-89% is an 8, 70%-79% is a 7, and so on. The result won’t be perfect, but it should be relatively close to the actual stanine.

When considering ISEE scores, always look to the “stanine” score. You can roughly approximate this score by taking the percentage of questions answered correctly on any section and then converting the number in the tens place of the percentage to the stanine score. The “average” score is a 5, although this does not indicate only “average” academic ability. Check with the schools to which you’re applying to find out what scores you should be aiming for.