The SAT and ACT test your knowledge of colons (:) and semicolons (;). While this might seem like an arcane area of English grammar, colons and semicolons are actually governed by a relatively short and simple set of rules. Learning them is an easy way to pick up points on either test. 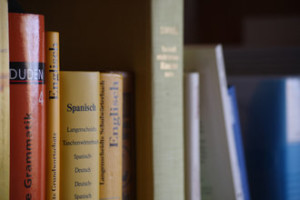 Colons do two major things: (1) introduce an explanation or (2) introduce a list of things. They must be preceded by an independent clause—a clause that could stand on its own as a sentence.

(1) I don’t like video games: their flashing lights give me headaches.

In this sentence, the colon introduces an explanation for why the speaker doesn’t like video games—“their flashing lights give [her] headaches.”

Notice how the clause before the colon (“I don’t like video games”) is independent, i.e. it could stand on its own as a sentence.

(2) I love many sports: basketball, hockey, football and tennis.

This time the colon introduces a list of things. Again, the phrase preceding it (“I love many sports”) is an independent clause.

Be on the lookout for colons preceded by dependent clauses. This is a common trap on the SAT and ACT! For instance,

“The most fun sports are: basketball, hockey, football and tennis.”

This sentence is incorrect because the phrase preceding the colon, “the most fun sports are,” cannot stand on its own as a complete sentence.

Semicolons are used to separate two independent clauses, one before and one after the semicolon. The semicolon is like a weak period, in other words, which connects two related sentences.

“My cat Eli likes to watch birds; we buy him parrot videos.”

Both of the above phrases could stand on their own as independent sentences, but because they’re thematically related they can be connected by a semicolon.

Often, a conjunctive adverb (such as however, therefore, moreover, consequently or nevertheless) will be placed immediately after the semicolon and followed by a comma. For example,

“My cat Eli likes to watch birds; however, he has other interests as well.”

These adverbs further clarify the relationship between the two independent clauses but don’t change any of our rules.

That’s all there is to it! Now you’re an expert on colons and semicolons. Use this knowledge to land some extra points on the SAT or ACT.